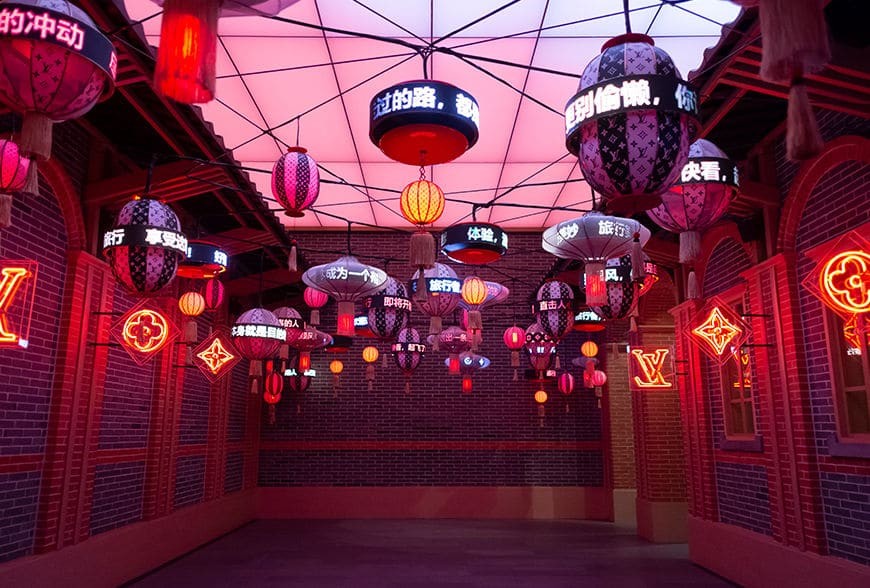 For the Shanghai exhibition, Random Studio created a space, between day and night, decorated with lanterns and neon light. Lanterns hung from the ceiling in different shapes and sizes. Each lantern was equipped with an LED panel with synchronized scrolling messages and images that welcome visitors. Above the lantern, an ever-changing digital 'skylight' has been placed. It is animated in such a way as to create moving clouds and glowing colours.

In New York, a digital metro station was presented. The Metro itself got a true Louis Vuitton style.

For Random Studio we supplied the materials to create the animated, moving and glowing coloured clouds in the 'skylight' in Shanghai.

1,200 DiGi Module A6 RGBW were used for the ‘skylight’, in combination with three DiGidot C4 Live. The DiGidot C4 Live is a very powerful LED Controller that created the animated clouds. We used the stable IP65 600W LED Meanwell as the power supply.