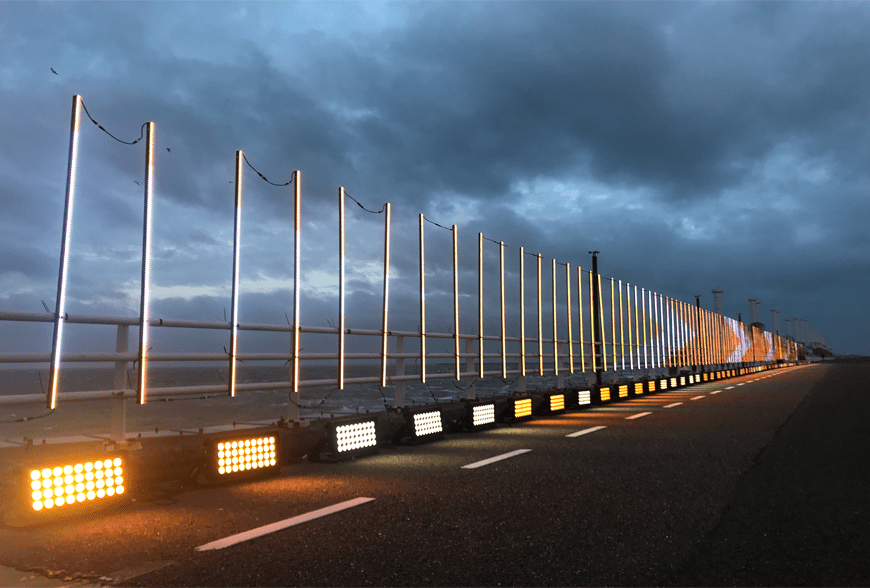 On December 8, 2018, the Dutch Championship counterwind biking was taking place at the Oosterscheldekering in Zeeland, The Netherlands. The participants cycle 8.5 kilometres against the wind to get to the other side of the flood defence as quickly as possible. Thanks to Circus Family, Eneco and us, this wind has become visible.

Circus Family placed a 100-meter-long wall made of DiGi M-series pixel strips and connected these indirectly to ten analogue wind sensors, so that the wind is made "visible".

The harder the wind blew, the more purple the colour of the pixel strips became.

This wall of pixel strips was controlled by DiGidot C4 Live controllers and powered by Meanwell HLG 320-24 power supplies.