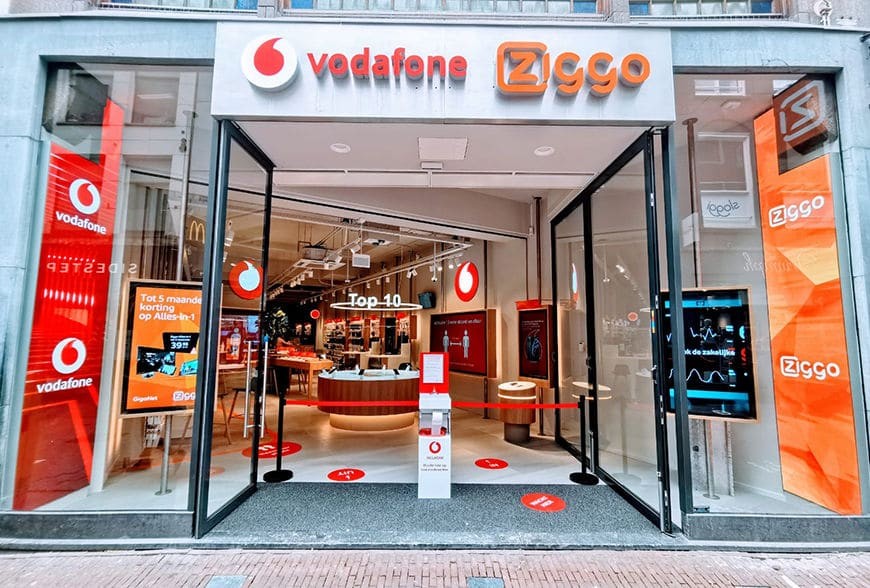 On behalf of DooH, InventDesign created an entrance with LED screens for the Vodafone - Ziggo shop in the Kalverstraat Amsterdam.

The LED screens should make the Vodafone - Ziggo shop stand out in the busy shopping street and at the same time they create a warm and accessible look which invites the passer-by to enter.

In the entrance of to the shop, on both sides, there is an old ornament which of course had to keep its shape because of its historical value. That's why InventDesign made two custom frames for each side which are neatly placed around the ornament.

In these custom made frames the LED screens are placed with a pixel pitch of 3.91. With this pixel pitch, all content that is played is clearly visible.  The smaller the pixel pitch, the higher the resolution.

Initially, it was possible to use a Dynamic Light Surface (DLS) cloth with the frame and screen used to soften the light being emitted. In the end it was decided to remove the cloth from the frame to make the LED screens and content more visible.

The entire assembly is powered by a Meanwell power supply and controlled by a Sending Card from Novastar. 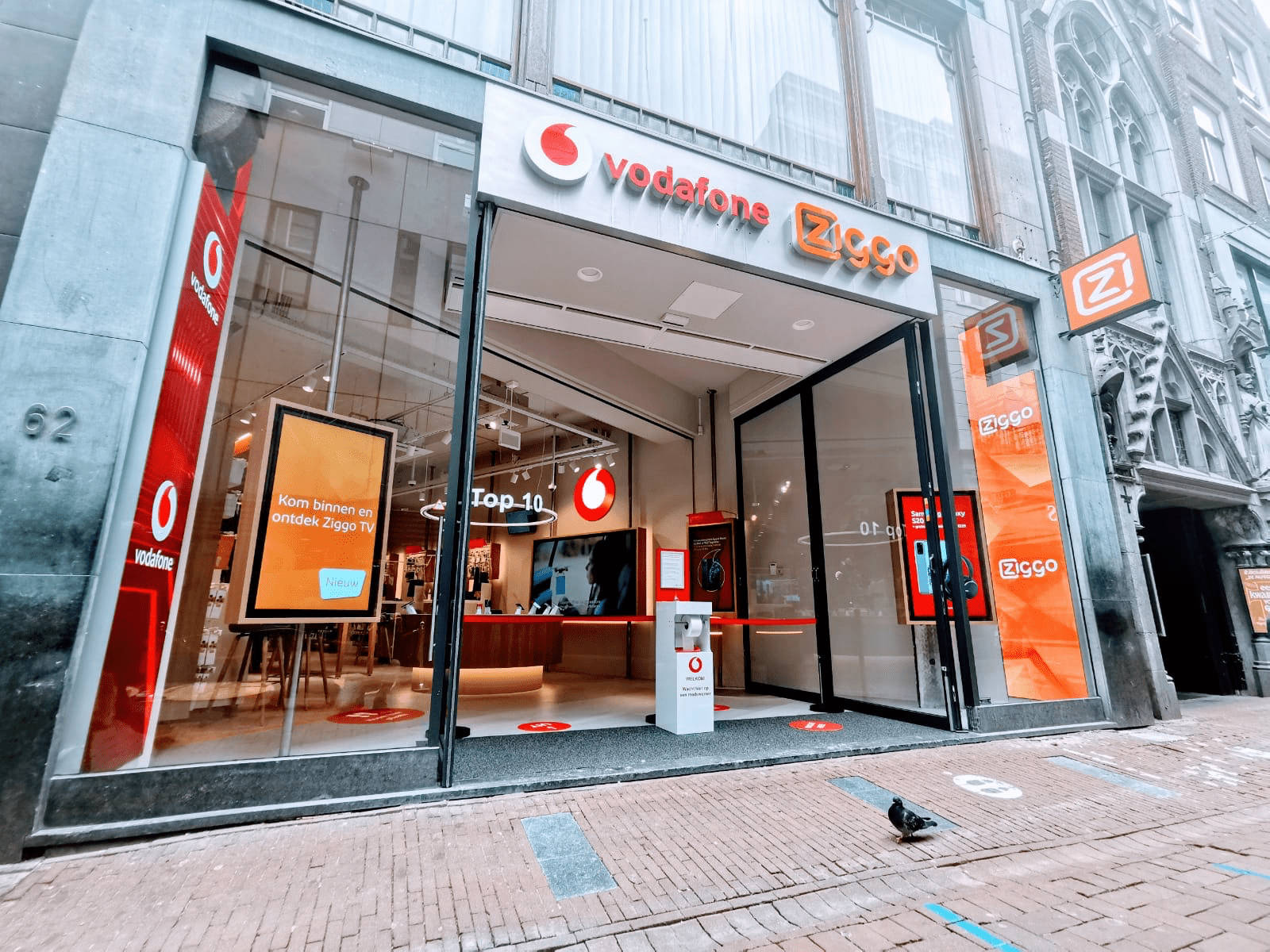